Professional Background: Prior to attending law school, Mr. Jones was an international project development officer for the Export-Import Bank of the United States, where he had principal responsibility for project development in Sub-Saharan Africa. He also acted as the Director of the Program for Engineering and Feasibility Studies.

Phil learned trial practice in the criminal courts in the District of Columbia, where he started out defending minor misdemeanors and worked his way up to major felonies, achieving not guilty verdicts in 28 out of last 32 cases.

Since 1995 Mr. Jones has been engaged in private law practice. Prior to starting his current firm, he was a member of the Construction Law practice group in the Washington, D.C. office of the global law firm K & L Gates and its District of Columbia predecessor, Bell, Boyd & Lloyd.

Teaching and Speaking: Phil Jones is formerly an Adjunct Professor at the Graduate School of Engineering, Catholic University of America, where he taught construction law. He is a frequent speaker for both local and national construction industry trade associations.

Publications: Negotiating for Profit: Breakthrough Techniques for Power Bargaining (2003) (CD/Workbook); How to Get Paid in Full on Every Job (2001); Practical Construction Law (1997); Legal Protection for Construction Subcontractors and Suppliers (1995). 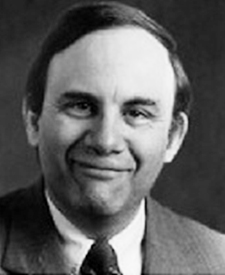 Brian Cohen concentrates on complex construction and government contract litigation with an emphasis on litigation, arbitration and mediation of construction claims. He has acted as successful lead trial counsel in numerous significant arbitrations and litigation before the United States Court of Federal Claims, District of Columbia Superior Court, and the Armed Services, GSA, District of Columbia and Maryland Boards of Contract Appeals.

Brian Cohen started his professional career as a supervisory attorney for the United States Army Corps of Engineers. After that he served as an Assistant Attorney General in Maryland representing the state in connection with numerous multimillion dollar claims. Prior to entering private practice, Brian was a senior consultant at Hill International, where he specialized in the analysis and drafting of construction claims.

Brian comes to the firm from the Construction and Government Contracts Department of K & L Gates, where he handled complex construction disputes.

Michael is a member of the bars of the State of Maryland and the District of Columbia.

Dan Maller has specialized in the legal representation of construction companies since he became a member of the Virginia Bar in ______. Dan’s primary focus is on the corporate and administrative aspects of construction, including federal and state regulatory issues, employment disputes, and buy-sell agreements.

In addition to his law practice, Dan has hands-on experience in the field, having acted as the project project manager for the steel erection for the Wilson Bridge and the Springfield Interchange.